I’m sure most of us have been on a plane at some point in our lives. We’ve strapped ourselves into our seats and sat back as the plane picks up speed down the runway. We’ve felt the forces of gravity as the plane begins to climb and we’re pulling away from the earth. And within minutes, we’re looking out the window, awestruck at the amazing view.

But what is it actually like to be in the pilot’s seat? Is being an airline pilot your dream job? I spoke with a pilot who flies for a UK airline to find out more.

The following answers are as given to me albeit with minor grammatical corrections and some minor alterations to the questions for clarity. Anonymity is preserved for legal reasons.

What inspired you to become an airline pilot?

I was working in a job that I didn’t really enjoy and I was looking for a new career. I went along to my local flying school and took a trial flight. That was when I realised that this is what I wanted to do. It was the start of a long journey, but one I have enjoyed.

How long have you been flying planes?

I started my training in 1999 and qualified as a commercial pilot in 2002. So nearly 20 years of commercial flying.

How did you get started as a pilot?

I then got a job as an instructor and haven’t looked back since.

How long before you felt comfortable flying a plane?

I remember the day as it was 14 June 2000. That was the day I did my first solo flight and it was such an amazing feeling.

How much training have you had to do to get to where you are?

To become a commercial airline pilot, you need 200 hours of flying time. This doesn’t seem much, but you also need 14 ground school exams, and 25 hours of flight training. Once you have a commercial pilots licence, you can work as a First or Second Officer for an airline. From start to finish, the whole process takes at least 1 year and costs anywhere up to £100,000. It’s not cheap to train as a pilot.

Once in an airline, training is continuous and ongoing. Every 6 months we go to the simulator for a couple of days of training. Each aircraft I have flown is different and requires what is known as a type rating before you can fly it. Each type rating takes about 6 weeks of training consisting of classroom lectures and simulator flights. At the end, you have a 4-hour test with an examiner, which is quite tough and rigorous.

What would you say is a typical day on the job as an airline pilot?

I report for duty about 1 hour before the first flight is due to depart. We report to a crew room where I meet the other crew members assigned for the flight. Each flight has two pilots and four cabin crew. Myself and the other pilot review the weather and serviceability of the aircraft and decide on the amount of fuel that we will need. I then brief the cabin crew about any possible turbulence or bad weather and notify them of the flight times. Once we have completed our brief, we walk to the aircraft and begin preparing it for flight. One pilot will perform a ‘walk around’ which is a visual inspection of the exterior of the aircraft. The other pilot will program the computer with the flight plan and set up all the necessary navigation aids in the flight deck.

We then have a brief conversation about our expected taxi instructions and departure routing. With the passengers and bag all loaded, we close the doors and call for the engine start.

During the flight each pilot has a role, there is one who is ‘pilot flying’ and the other is ‘pilot not flying’. The pilot flying will control the aircraft from start to finish of the flight either manually flying the aircraft or by use of the autopilot. The pilot not flying performs all the radio conversion and is there to monitor the pilot flying. We generally take it in turns as most of our days consist of either 2 or 4 flights.

We taxied out to the runway and start the take-off roll. The aircraft will get airborne by about 130mph so we need quite a bit of runway to get up to speed. All take off’s are performed manually by the pilot, but once we are safely off the ground, wheels up and flaps retracted, we normally engage the autopilot. This is not because we are lazy, it’s because a big part of our job is to monitor not only the aircraft but each other. With the autopilot engaged, both pilots workload is lower and hence we have the extra capacity to monitor the flight.

It takes about 20-25 minutes until we reach our cruising altitude (typically 38,000 ft). The ‘pilot not flying’ will typically complete any paperwork and compile the weather en route. The workload during the cruise is fairly low.

Once we get about 200 miles from our destination, the ‘pilot flying’ will program the expected arrival into the computer and then brief how they are planning to fly the approach. This gives the ‘pilot not flying’ a good mental model of what to expect. Some airports, like London or Paris, are very busy with lots of aircraft being sequenced for an approach. The approach controller will assign a particular speed, heading or altitude to each aircraft and we are ‘vectored’ for an approach.

About 15 miles from the destination runway we start to slow down to our landing speed by using the wing flaps and dropping the gear. When we are fully configured for landing, the pilot flying will disconnect the autopilot to perform the landing. Once landed we vacated the runway and taxi to our parking stand where we shut down the engines and disembark the passengers.

Then we do it all again.

What do you like about being an airline pilot?

The views. You can’t beat watching the sunrise over the Alps on a crisp winters morning. Watching raging, flashing thunderstorms at night. Gazing at the majesty of the milky way on a moonless night.

What do you dislike about being an airline pilot?

It is quite anti-social with some of the hours I need to work. It’s not uncommon to get up at 3 in the morning for a 4:30 am report, or landing at 3 am after a long day. You also work most weekends so keeping up with friends is awkward.

If you weren’t doing this, what would you be doing?

That’s a good question. One downside to my job is that my skill set isn’t very transferable. So I would probably have to retrain into a new career or start my own business.

What did you want to be when you were growing up?

I think when I was 8 I wanted to be a lorry driver, but after that, I never had any particular aspirations of any career. It took me a while to work out what I wanted to do, but once you find the dream job, nothing should stand in your way.

What did your career’s advisor at school advise you to do?

I don’t think we had one. If we did, they didn’t inspire me.

How do you think your job will change in the future?

People will always want to fly, either for business or pleasure so there definitely is a future to aviation. The focus on the future is definitely to use renewable energy to power aircraft. Short-haul aircraft will eventually migrate to electric aircraft and long haul will use biofuels rather than fossil fuels. Hopefully leading to aviation being carbon neutral.

What advice would you give to anyone wanting to be a pilot?

The first thing to do is to get your Class 1 medical. Without a medical, you won’t be allowed to fly.

Many thanks for this wonderful insight into the life of an airline pilot. If this has always been your dream job then never give up as you too could be seeing the sunrise from 30,000-odd feet up in the air – not many people can lay claim to that being part of their typical workday. 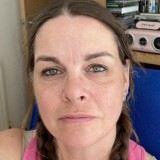 A freelance writer who likes to write, read, and think.

Buy me a coffee: https://www.buymeacoffee.com/jodriscoll

Inspiring others to live their best life.

We use cookies on our website to give you the most relevant experience by remembering your preferences and repeat visits. By clicking “Accept All”, you consent to the use of ALL the cookies. However, you may visit "Cookie Settings" to provide a controlled consent.
Cookie SettingsAccept All
Manage consent

This website uses cookies to improve your experience while you navigate through the website. Out of these, the cookies that are categorized as necessary are stored on your browser as they are essential for the working of basic functionalities of the website. We also use third-party cookies that help us analyze and understand how you use this website. These cookies will be stored in your browser only with your consent. You also have the option to opt-out of these cookies. But opting out of some of these cookies may affect your browsing experience.
Necessary Always Enabled
Necessary cookies are absolutely essential for the website to function properly. These cookies ensure basic functionalities and security features of the website, anonymously.
Functional
Functional cookies help to perform certain functionalities like sharing the content of the website on social media platforms, collect feedbacks, and other third-party features.
Performance
Performance cookies are used to understand and analyze the key performance indexes of the website which helps in delivering a better user experience for the visitors.
Analytics
Analytical cookies are used to understand how visitors interact with the website. These cookies help provide information on metrics the number of visitors, bounce rate, traffic source, etc.
Advertisement
Advertisement cookies are used to provide visitors with relevant ads and marketing campaigns. These cookies track visitors across websites and collect information to provide customized ads.
Others
Other uncategorized cookies are those that are being analyzed and have not been classified into a category as yet.
SAVE & ACCEPT